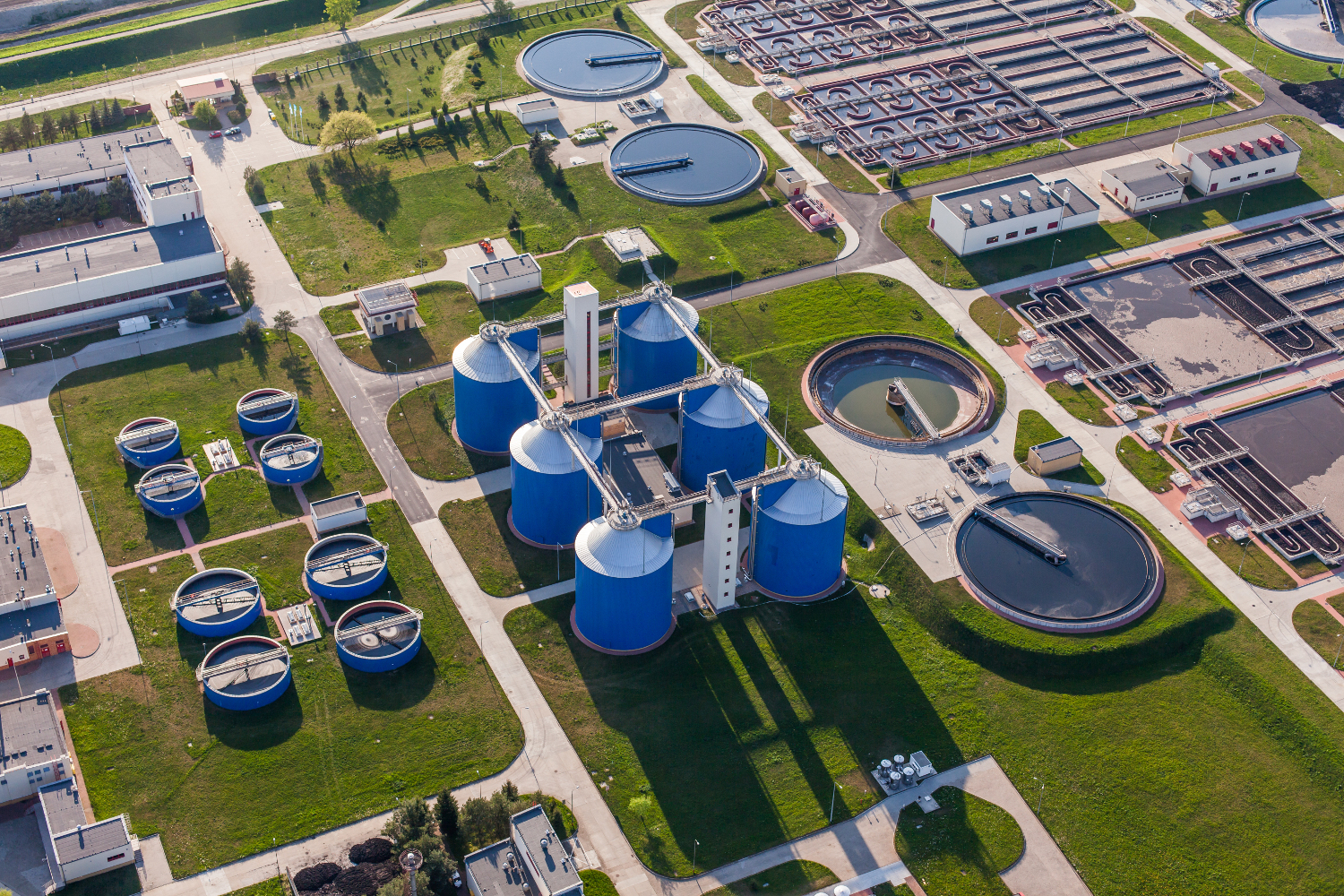 In order to feed the following aeration tank with an homogeneous flow and an uniform pollution load, as well as to make bacteria acclimatise, the waste water is stored in a tank where it is mixed and lightly aerated. In this way the whole water volume is kept in movement and neither sedimentation and “dead zones”, nor any anaerobic fermentation occur.

Mixing and aeration are performed by submersible mixers and submersible air diffusers respectively. The aeration avoids nasty smell and it is a kind of pre-oxygenation, preparing the bacteria to the following stage.

The following aeration tank is fed by one or more submersible pumps that ensure a constant and balanced flow. That makes the oxidation tank correctly running and a favourable metabolic process is well carried out, since the ratio B.O.D. / T.S.S. is constant and the average retention time is corresponding to the designed one.

An accumulation and homogenization tank is able to limit and counter the effects of the temperature peaks, even if it’s not able to ensure the optimal temperature. If the temperature in the equalization tank is higher than 38°C, then it is necessary to install cooling towers in order to reduce the inlet temperature. The mesophilic bacteria that develop between 4 and 42°C have an optimal metabolization rate between 24 and 38°C. Over 38°C, there is a significant decrease of their metabolism, or reaction rate. The sludge flakes break down, creating a sludge that goes out of the clarifier, causing an high turbidity; the COD removal rate decreases and thus the outlet water has an unsatisfactory quality.

The oxygen transfer rate decreases as well; between 32 and 42°C the rate halves, making it necessary to supply much more water. At this point, we have low efficiency, high outlet COD and high BOD5 concentration and suspended solids; the aeration costs increase exponentially.

Cooling of the water

Whit this system, we can generally say, is possible to put down the water discharge temperature until 4-6 °C above of the temperature of humid bulb of the place where the cooling tower is installed.

This system doesn’t recover the heat, it only send it to the atmosphere.

Usually the cooling tower is made in PRFV, or another material resistant to temperature and corrosion; inside, a bed of crossed flow filling bodies in plastic material.

For the treatment of the discharged water, the definition of characteristics of the filling bodies’ bed is very important, in order to avoid quick dirtying of the same with consequent channels obstruction, decrease of the available surface and, then, strong reduction of system efficiency.

From the operational point of view, water to be treated enters the cooling tower from the superior part of the same and is sprinkled on filling bodies through a nozzle. Water crosses the bed from top to bottom, while the atmospheric air, sucked by one or more fans, crosses it on the other way, opposing to hot falling water and cooling it.

Working with discharged waters with high organic content, bacteria, microorganisms and algae can grow on filling bodies, reducing the efficiency of the tower. For this reason it’s necessary to periodically make a treatment with chlorine to kill and eliminate these micro-organisms.